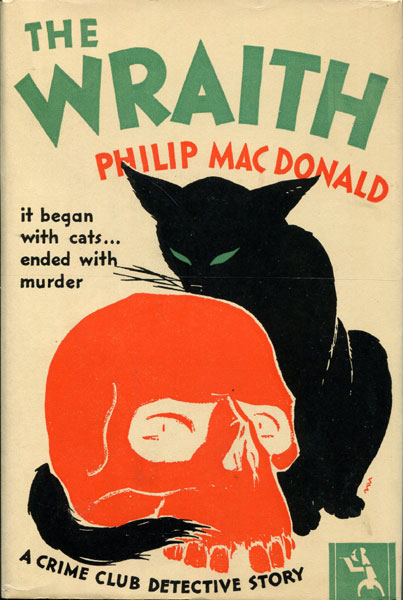 First U.S. edition. 8vo. Near fine copy in a spectacular, bright dust jacket. An old man crippled by his injuries caused in the World War, lives entirely alone except for his collection of cats which were now his only interest in life. Then one of his cat's horribly mutilated body was discovered by the villagers and that started the whole frightful dance of death. It began with cats, but ended with murder. An exceptional copy and a Crime Club title.

A Hair Divides.
by Claude Houghton

Contract. Murder For Money, The Dead Want Their …
by Simon. Spurrier

The Box.
by Peter. Rabe