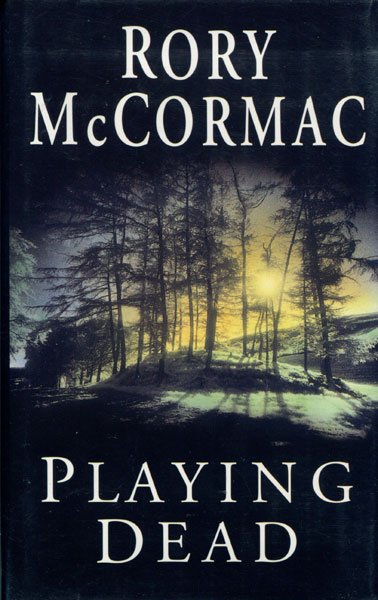 First edition. Author's first book. Fine in dust jacket. Frank Samson, a young veterinarian, jumps at the offer of a temporary position in the beautiful Galway countryside. The regular vet’s practice includes one famous horse ... Catamaran, a stallion who is standing at stud in the catchment area of the veterinary practice. Catamaran has never lost a race, is owned by a wealthy syndicate and is worth twenty five million pounds! While in Samson’s care, Catamaran escapes from his stable and bolts over the edge of a cliff, breaking two legs and having to be shot in order to put him out of his misery. Shortly thereafter, Samson is kidnapped and held hostage. The kidnapper informs Samson that the only things he wants are the photographs Samson had taken of Catamaran on the morning of the "accident." Samson escapes and is determined to find out what’s so special about the photos .... He is determined not to go down in history as the vet who lost Catamaran. His investigation soon reveals that Catamaran and others are being treated with illegal drugs.

Under Cover Of Daylight.
by James W. Hall

Die Of Shame
by Mark Billingham