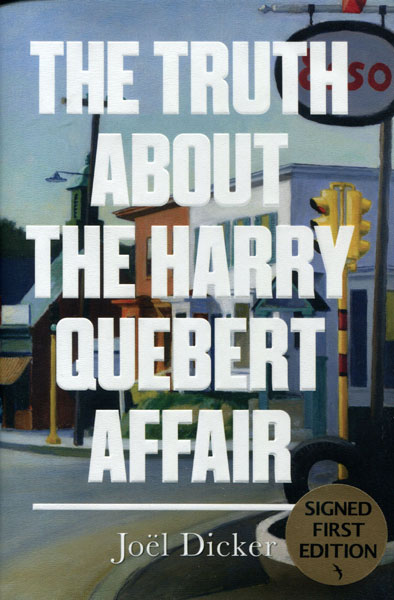 The Truth About The Harry Quebert Affair

First U.K. and first English translation edition. First published in the French language in 2012. Signed by the author. Translated from the French by Sam Taylor. August 30, 1975. The day of the disappearance. The day Somerset, New Hampshire, lost its innocence. That summer, struggling author Harry Quebert fell in love with fifteen-year-old Nola Kellergan. Thirty-three years later, her body is dug up from his yard, along with a manuscript copy of the novel that made him a household name. Quebert is the only suspect. Marcus Goldman - Quebert's most gifted protégé - throws off his writer's block to clear his mentor's name. Solving the case and penning a new bestseller soon merge into one. As his book begins to take on a life of its own, the nation is gripped by the mystery of 'The Girl Who Touched the Heart of America'. But with Nola, in death as in life, nothing is ever as it seems.

The Texas Navy, In Forgotten Battles And Shirt …
by Jim Dan. Hill