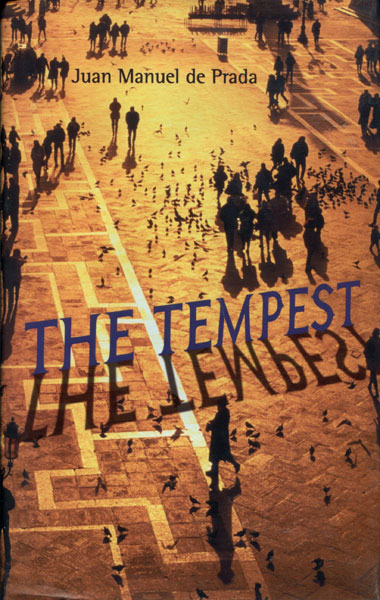 First English translated edition. Originally published in 1997 in Spain as La Tempestad. Translated by Paul Antill. Fine in dust jacket. Alejandro Ballesteros arrives in Venice to study a painting he loves called The Tempest. Unfortunately on his first day there, he witnesses a murder whose victim turns out to be a well-known forger of art and who had close ties with the owner of the gallery where The Tempest hangs and with the owner's daughter. Ballesteros is drawn deeper into the mysteries of the city until he finds the key to his own life.