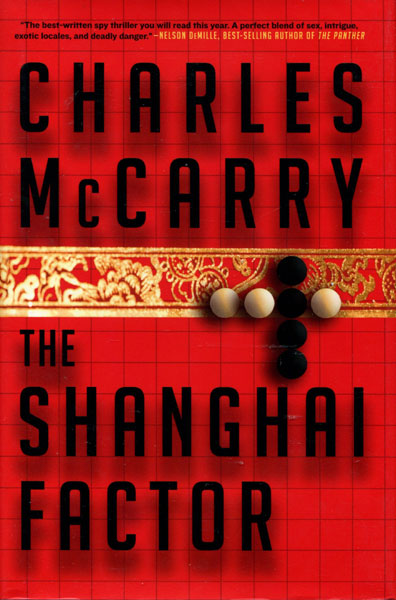 First edition. Signed by the author on the title page. Fine in dust jacket. A young American spy is living in Shanghai in order to absorb the culture to aid a shadowy U. S. agency known as "The Headquarters." A mysterious woman named Mei, and his relationship with her threatens to reveal his true identity. He is assigned the mission to go undercover as the American representative for a massive Chinese conglomerate and learn the secrets of the CEO whom Headquarters believes is the front man for China's intelligence agency, the Guoanbu. He soon learns that much is at stake in his assignment, perhaps his life and the East/West balance of power.

Adventures Of The Scarlet Pimpernel
by The Baroness Orczy

The Death And Life Of Bobby Z.
by Don. Winslow