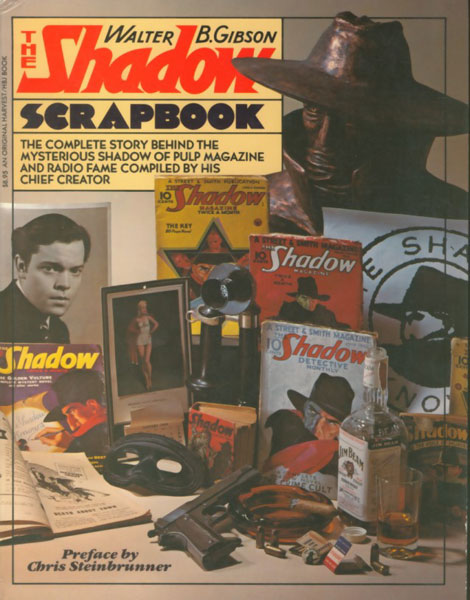 Other works by WALTER B. GIBSON

First edition. Paperback original. Quarto. Signed by the author on the title page as Walter B. Gibson and just underneath, as his pseudonym, Maxwell Grant. Preface by Chris Steinbrunner. Illustrated in black & white and in color. The complete story of the development of the great pulp magazine and radio character, THE SHADOW, whose voice was once done on radio by Orson Welles, and Bill Johnstone, Bret Morrison, et al. Margo Lane was portrayed on radio by Agnes Moorehead, Marjorie Anderson, Grace Matthews, et al. A chronology of the radio and cinema broadcasts is included, a guide to THE SHADOW CODES, Shadow souvenirs and collectibles, The Shadow comic strip, and much more insider information. Fine copy.

History Of The State Of Delaware. From The …
HENRY C. CONRAD