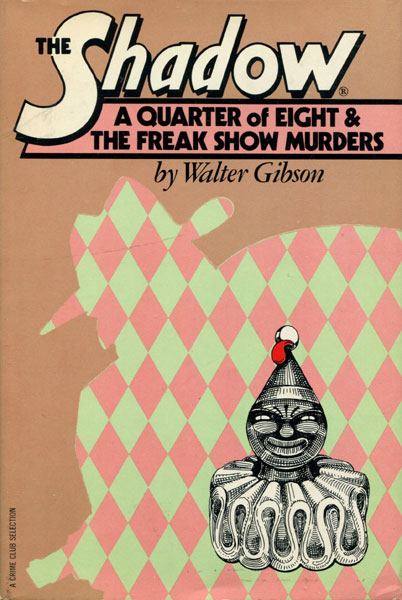 The Shadow: A Quarter Of Eight & The Freak Show Murders.

by Walter B. Gibson

First edition. Fine in dust jacket with minor wear to the spine ends, a tiny scrape to the rear panel, and light wear to the extremities. Two popular novels in THE SHADOW series are presented here. In "A Quarter of Eight" the four quarters of an old Spanish piece of eight hold the key to a lost treasure, but someone is willing to kill to get all four pieces, and only The Shadow can stop him. In "The Freak Show Murders" someone is willing to kill to gain the secret of Alumite (an incredibly light and strong new metal) .... that someone dresses as a harlequin, can move about almost unseen, and kills without mercy. Linking The Harlequin to a traveling freak show, The Shadow and Margo Lane must penetrate the freak show and The Harlequin's secrets. Crime Club mystery.

From The Library Of Graham Greene.
by Jean. Mcneil

The Greenway.
by Jane. Adams

This Man Is Dangerous
by Peter Cheyney