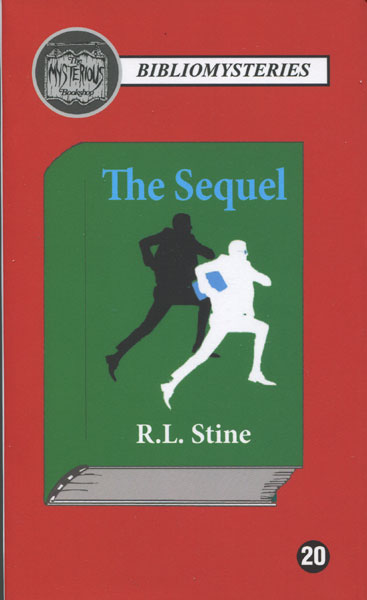 First edition. Limited edition of 100 copies issued in cloth, numbered and signed by the author. Fine in dust jacket. "Every writer knows what it’s like to be plagued by a bad case of writer’s block. But what happens when writer’s block shows up in person and starts terrorizing a best-selling author? Zachary Gold, struggling to write his second novel after becoming an instant success with his first, is suddenly confronted by a mysterious man claiming that Zach plagiarized his writing. In his efforts to escape the crazed imposter, Zach flees into a nearby library and hides out amidst the children’s bookshelves in the basement. Surrounded by fairy tales and fearing for his safety, the author attempts to put words on paper—or laptop screen—while grappling with the question of whether he should write a sequel to his smash hit or start anew with an original story." Book 20 in the Bibliomystery series published by The Mysterious Bookshop.

The Grim Reaper.
by Bernard. Knight

A Southwestern Land Scam. The Report Of The …
by L. Boyd Finch

The White Road.
by John. Connolly

Written In The Blood
by Stephen Lloyd Jones