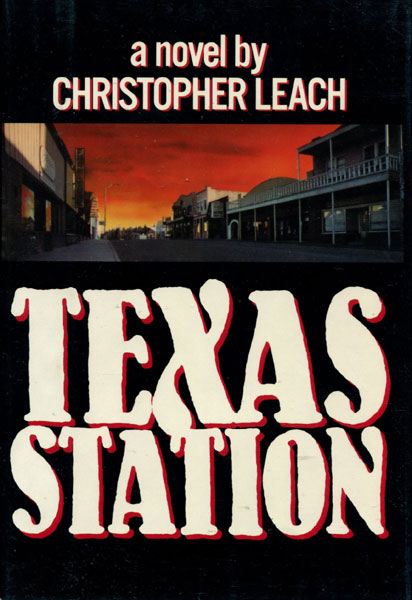 First U.S. edition. Edgar Award Nominee for Best Novel in 1983. Published in England as Blood Games. Fine in dust jacket with light wear to toe of spine. Ex-preacher Lucius Rumsey’s truck is on its last leg when it rumbles into the small town of Blair, Texas. But Blair is no ordinary town, for two brutal murders have recently taken place there. Its inhabitants – shocked and terrified – exist in a state of suspense: what if the killer should strike again? It is from Blair that Rumsey decides that he’ll carry a giant cross the state, Jesus-style, as a silent, simple, churchless appeal to the faithless in this increasingly crazy world. And so, Rumsey commissions the local carpenter to make him a 12 foot long cross. Before he is able to set out on his crusade, Rumsey finds the hideously mutilated corpse of the carpenter's son nailed to the cross. This leads Rumsey to help the carpenter track down the criminals, and the nightmare begins!

The Smoking Leg And Other Stories.
by John. Metcalfe

The Holy Thief.
by William. Ryan

Nebraska. Its Characteristics And Prospects.
by Prof. James D. Butler