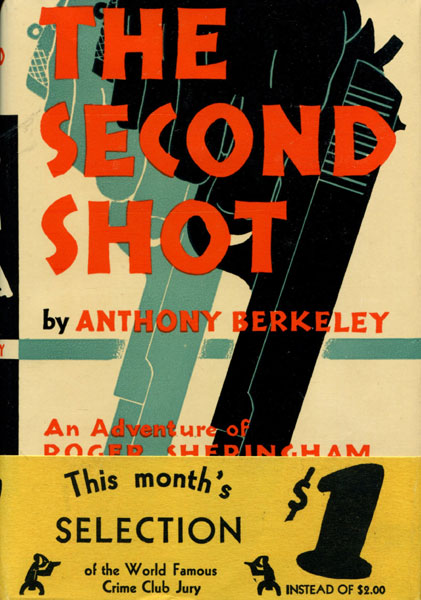 First U.S. edition. Former owner's penciled name on front fly leaf, else very good in fine dust jacket complete with a fine wraparound promotional band. Striking dust jacket art by Stuart Eldridge. Roger Sheringham must solve the mysterious death of Mr. Eric Scott-Davies, a popular man-about-town. His death was no accidental sportsman's accident, as was first suspected. Sheringham's investigation turns up scandal ... it seems that Scott-Davies was having an affair with a local femme fatale. In the end, the murderer reveals both himself and his motives. Crime Club mystery.

The Case Of The Second Chance
by Christopher. Bush

The Fields Of Death.
by Simon. Scarrow