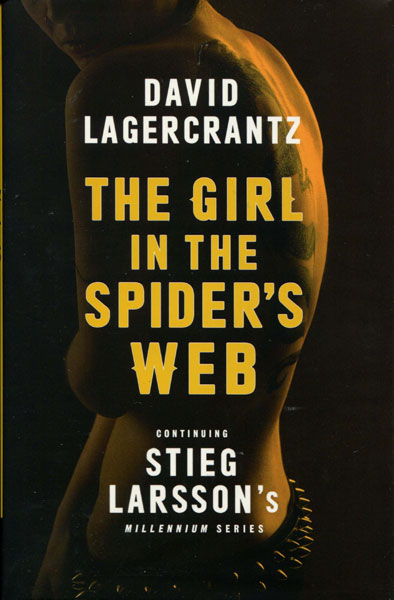 The Girl In The Spider's Web

First edition. Limited edition of 1000 numbered copies signed by the author. Translated from the Swedish by George Goulding. Fine in fine dust jacket. She is the girl with the dragon tattoo: Lisbeth Salander, uncompromising misfit, genius hacker. He is the crusading journalist: Mikael Blomkvist, dedicated to exposing corruption and abuse. Salander and Blomkvist have not been in touch for some time. Then Blomkvist is contacted by renowned Swedish scientist Professor Balder. Warned that his life is in danger, but more concerned for his son's well-being, Balder wants Millennium to publish his story - and it is a terrifying one. More interesting to Blomkvist than Balder's world-leading advances in Artificial Intelligence, is his connection with a certain female superhacker. It seems that Salander, like Balder, is a target of ruthless cyber gangsters and a violent criminal conspiracy that will very soon bring terror to the snowbound streets of Stockholm, to the Millennium team, and to Blomkvist and Salander themselves.

Violent Screen. A Critic's 13 Years On The …
by Stephen. Hunter

The Eighth Dwarf.
by Ross. Thomas

Tip On A Dead Jockey And Other Stories
by Irwin Shaw