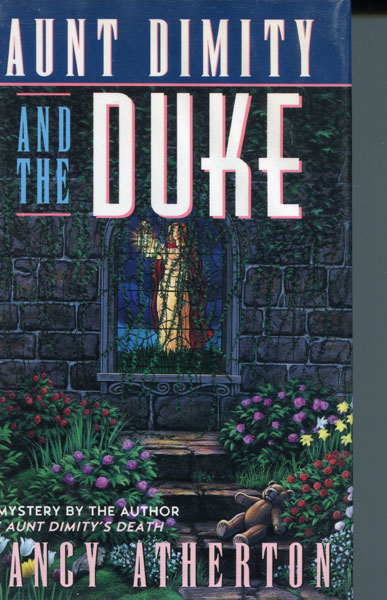 Aunt Dimity And The Duke.

Other works by NANCY ATHERTON

First edition. Signed with a little bear depicted next to the signature. Fine in dust jacket. The second in the Aunt Dimity series. Emma Porter, computer analyst and ardent gardener, is in Cornwall admiring the gardens at Penford Hall when she meets Grayson Alexander, the 14th Duke of Penford. She finds out that the estate has recently undergone extensive renovations, even though the duke was left penniless by the former duke. Where did the money come from? Is Grayson dealing in illicit funds? Did the recent influx of money have anything to do with the tragic death of Lex Rex, a punk rocker who died while on the duke's yacht? It seems that the only person who knows where the money came from is Grayson's cousin, Susannah ... and she's not talking.