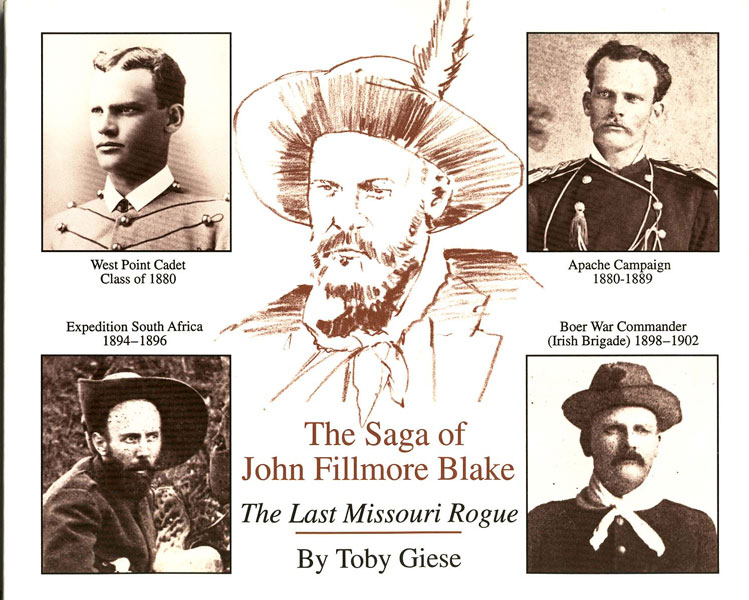 The Saga Of John Fillmore Blake. The Last Missouri Rogue

Other works by TOBY GIESE

First edition. Oblong quarto. Signed by the author. Pictorial wrappers, 112 pp., bibliography, acknowledgements, preface, illustrated, portraits, plates, maps. John Fillmore Blake was born in Bolivar, Missouri in 1856. He was a West Point graduate (class of 1880), and a U. S. Army veteran in the West beginning with the Apache Campaign of 1880-1886. He left the U. S. Army in 1889, looking for more adventure. In 1893 he sailed for South Africa and arrived at the British colony of Rhodesia in early 1894, and spent some time there exploring, eventually mining for gold on the Rand. There he joined a group of Irish miners, who later formed the Irish Brigade under the leadership of John McBride. Blake's life was divided into two distinct parts, his life and military career in the American West, and his South African adventures. He died in 1907 at the age of fifty one years of age. As new.