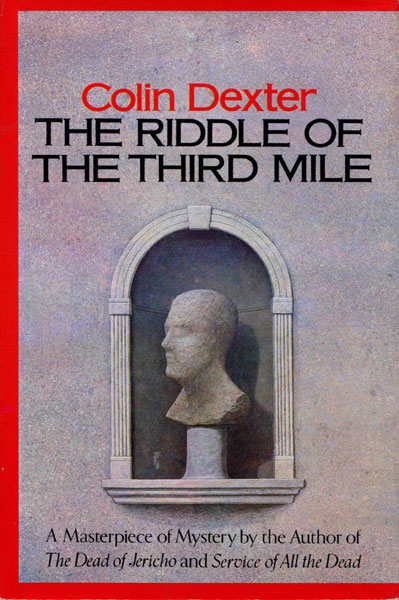 The Riddle Of The Third Mile.

First U. S. edition. Former owner's embossed stamp at bottom edge of front fly leaf, else fine in dust jacket with light wear to the foot of spine and corners. A dismembered body is fished out of the Oxford Canal ... only the torso remains. Inspector Morse and Sergeant Lewis feel certain that it is the body of Oxford don Browne-Smith, last seen boarding the London train several days before. But then a letter, supposedly written by the don, indicates that perhaps the body is that of a different don. Who is the body??? It's a long and winding road down the halls of academe for Inspector Morse and Sergeant Lewis, and the trail bounces back and forth to London's netherworld of topless bars and fancy.

The King's Bishop.
by Candace. Robb