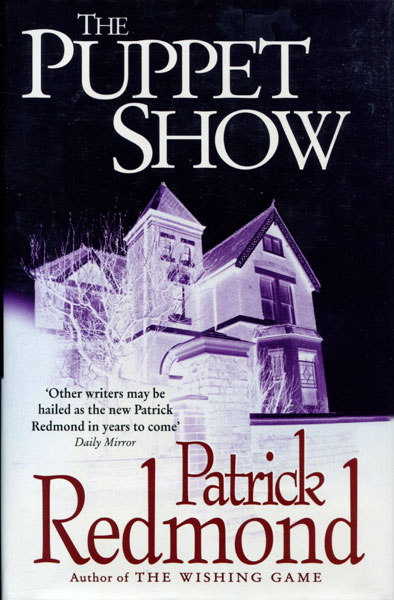 First edition. Signed. Fine in dust jacket. Michael Turner is still fighting the demons of his childhood. He grew up alone; an orphan lost in a maze of institutions and foster homes, surviving on dreams of success and of finding a place where he could belong. Now, in his early twenties, Michael has everything he’s dreamed of ... a loving fiancee, a great job and through a chance meeting, the father figure he’d always wanted. Michael and Rebecca move into a new rental flat. Their landlord is the very rich and generous Max; a man with demons of his own. Is Max simply a kind, generous benefactor or is he a manipulative, scheming and possessive man who is pulling Rebecca’s and Michael’s strings for his own amusement? Michael is about to find out that all of his happiness comes at a very steep price. Will Michael sacrifice everything to keep the father he never had in his life or will he see that his strings are being pulled at will by the puppet master? A psychological thriller about obsession, control and evil!

The Fly On The Wall.
by Tony. Hillerman

Passport To Peril.
by James. Leasor