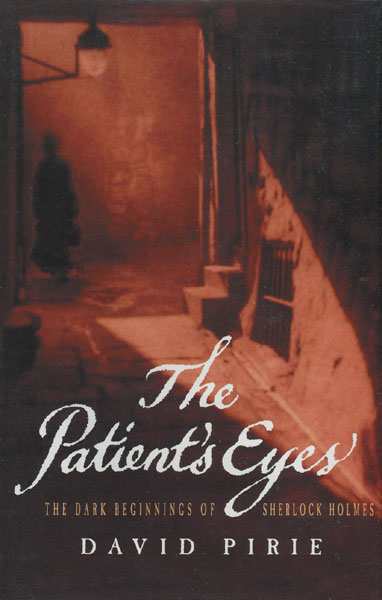 First edition. Fine in dust jacket. Introducing a clever new detective series in which the young Arthur Conan Doyle records his adventures with his mentor and model for Sherlock Holmes - the pioneering forensic detective Dr. Joseph Bell. The Patient's Eyes moves from Edinburgh and the strange circumstances surrounding Doyle's meeting with the remarkable Joseph Bell to Southsea where he begins his first medical practice. Miss Heather Grace is a young heiress whose parents were brutally murdered years prior. Heather has a strange eye complaint, but is also tremendously upset by visions of a phantom cyclist who vanishes as soon as he is followed.

Double For Death.
by Rex Stout

The Voice Of The Seven Sparrows
by Harry Stephen Keeler

The Case Of The Singing Skirt
by Erle Stanley Gardner