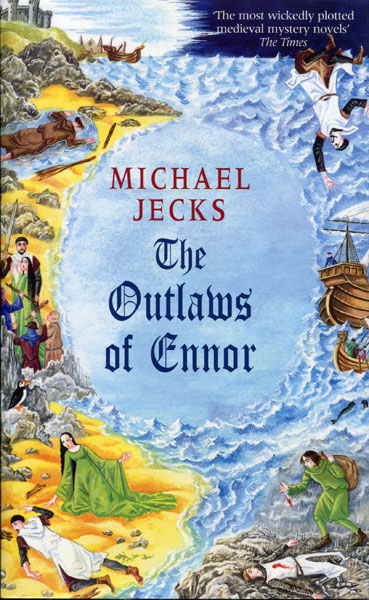 Other works by MICHAEL JECKS

First edition. Signed by the author on the title page. Fine in fine dust jacket. On a return trip from Spain in 1323, Simon watches in horror as Baldwin is swept overboard as their ship breaks up from a terrible storm. Washed ashore on the island of Ennor, Simon is distraught with the thought that his best friend has perished. Master of the castle, Ranulph de Blancminster, demands that Simon investigate the murder of the hated local tax collector. He feels sure that the inhabitants of the neighboring island of St. Nicholas are responsible. Meanwhile, Baldwin has washed up on St. Nicholas and is nursed back to health. He is asked by the Prior to investigate the murder. As Baldwin and Simon's parallel investigations bring them closer to the truth, they become involved in the bitter rivalry between the two island communities. Very colorful dust jacket.

A Call To Arms.
ALLAN MALLINSON

Kindly Dig Your Grave And Other Wicked Stories.
STANLEY ELLIN