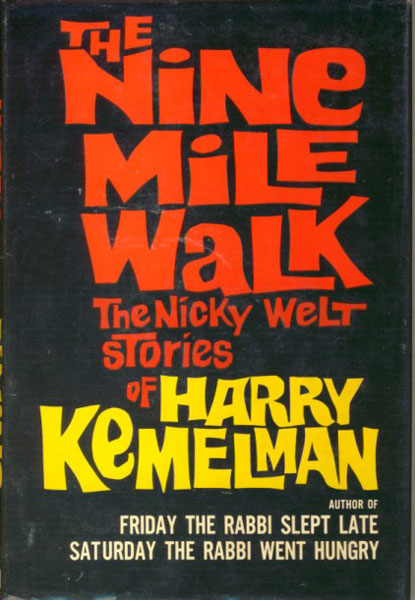 Other works by HARRY KEMELMAN

First edition. 8vo. Fine in dust jacket with evidence of tiny label removal from front dust jacket flap, but not affecting any lettering. Short Stories that feature Nicky Welt, Snowden Professor of English Language at a small college. Every Friday night Welt and his "pupil" and chronicler of the cases, played chess. Each Friday evening concluded with the solution to a mystery Welt described before the game started. Welt is the embodiment of an armchair detective ... he does not use orthodox police methods, instead he solves the crimes using pure logic. QUEEN'S QUORUM 125.

Service Of All The Dead.
COLIN DEXTER

All Our Tomorrows.
TED ALLBEURY