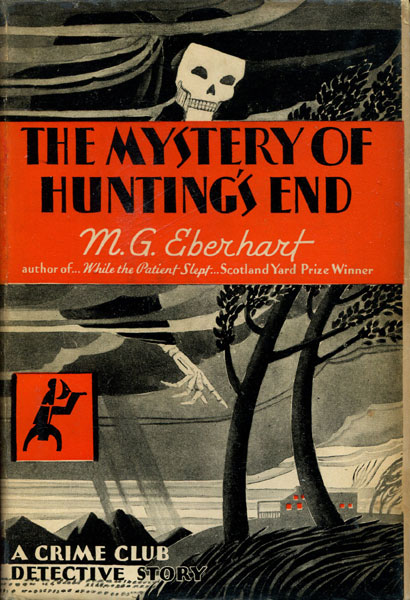 The Mystery Of Hunting's End

First edition. Fine, bright copy in dust jacket with some light restoration to the spine ends and corners. Author's third mystery novel. Lance O'Leary and Nurse Keate along with other guests are at a snow-bound shooting lodge in Michigan due to a strange request from a murder victim's daughter. Her father was shot three years before at this same lodge and his death was ruled a suicide. The first night in the snow-bound lodge the man occupying the room where her father died, is murdered in exactly the same circumstances -- and the isolated party awakes to the realization that one among them is a murderer. Early Crime Club mystery.

Dr Mortimer And The Aldgate Mystery.
by Gerard. Williams

The Murderous Trail Of Charles Starkweather
by James Melvin Reinhardt

Towers Of Silence.
by Cath. Staincliffe

The Master Of Mysteries.
. [Burgess, Gelett]