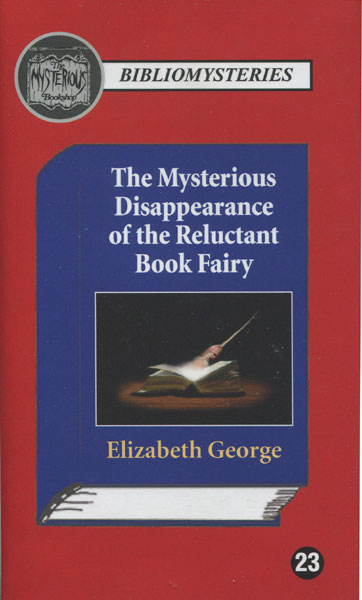 The Mysterious Disappearance Of The Reluctant Book Fairy

First edition. Limited edition of 100 copies issued in cloth, numbered and signed by the author. Fine in dust jacket. "Jane Shore was born into a quiet life, the sickly and most easily overlooked daughter of a brood of eight boisterous Shore children. But Jane’s tendency to fall ill and her natural penchant for devouring stories in her sickbed revealed a most extraordinary ability: the power to fully immerse herself inside a book, in mind and soul if not in body. By tethering her wrist to a suitable anchor in the real world and with the recitation of several key words, Jane could spend hour upon hour in whichever literary plot stole her fancy. But such a power is an enticing thing, and that which tempts the desires of the masses is sure to bring overwhelming fame to its bearer. But where can someone so famous and recognizable escape for peace and solitude..?" Book 23 in the Bibliomystery series published by The Mysterious Bookshop.

The Wedding Guest.
by David. Wiltse

The Shadow Of Evil.
by Charles J. Dutton