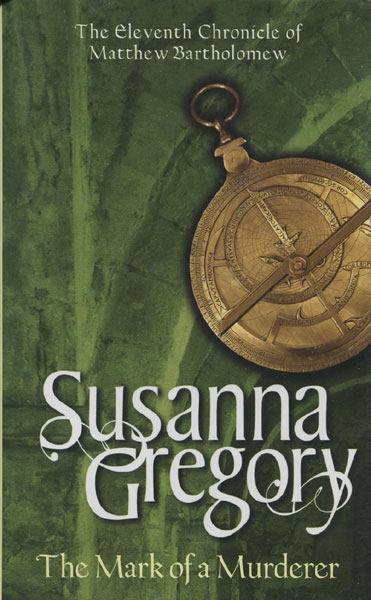 The Mark Of A Murderer.

First edition. 8vo. Signed by the author. The eleventh book in the series. Fine in dust jacket. On St Scholastica's Day in February 1355, Oxford explodes in one of the most serious riots of its turbulent history. Fearing for their lives, the scholars flee the city, some choosing the University at Cambridge as their temporary refuge; however, they don't remain safe for long. Within hours of their arrival, the first of their number dies, followed quickly by a second. Brother Michael is furious that anyone should feel that they can trespass on his territory searching for a killer. He is certain that the deaths of the Oxford men is due to the fact that their representative has been defrauding them for years. When it becomes clear that the Oxford riot was not a case of random violence, but part of a carefully orchestrated plot and the Archbishop of Canterbury is about to pay them a visit, Michael and Matthew are under extreme pressure to solve the case.

The Giant Rat Of Sumatra.
by Rick. Boyer

The Pigeon Shoot.
by James. Crumley

The Tailor Of Panama.
by John Le Carre