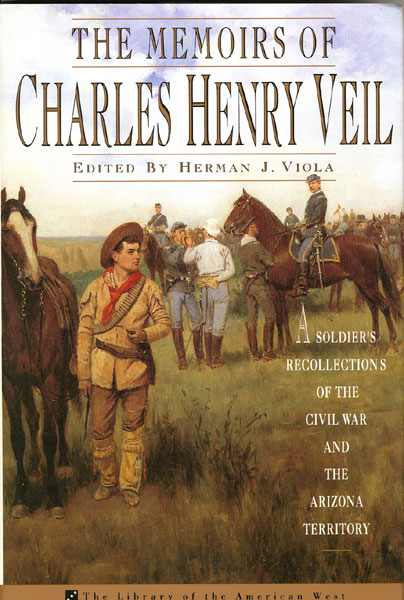 The Memoirs Of Charles Henry Veil. A Soldier's Recollections Of The Civil War And The Arizona Territory

Herman J. Viola [Edited And With An Introduction By]

First edition. 8vo. Two-tone cloth and boards, xxviii [2], 194 pp., acknowledgments, introduction, illustrated from photographs, notes, index. Deals with Veil's life and activities in Arizona. From 1865 to 1871 he was a cavalry officer stationed at military posts such as Crittenden, Grant, Tubac, and McDowell. From 1871 to 1891 he had business ventures as a civilian in Prescott and Phoenix. As new, unread copy in dust jacket.

South Dakota, Stressing The Unique And Dramatic In …
by Doane. Robinson

Remembering Carl Hertzog, A Texas Printer And His …
by Al Lowman