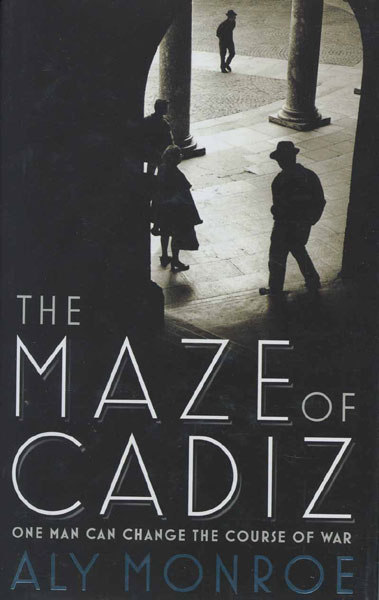 The Maze Of Cadiz.

Other works by ALY MONROE

First edition. Author's first novel. Signed by the author. Fine in fine dust jacket. September 1944, just five years after the end of the Spanish Civil War, WWII is drawing to a close, and Franco's fascist government, nominally neutral, is shifting its allegiance away from Hitler and towards the allies. Peter Cotton, a 25 year old Cambridge economics graduate who has been investigating the smuggling of Nazi gold from Holland for British Intelligence, is sent to Cadiz, on an apparently simple apprenticeship mission ... relieve Ronald May, the agent there, of his duties and discover what has happened to funds that have not been accounted for. When Cotton arrives in Spain, he learns that May has been murdered. Exactly what led May to sever all contacts with his London controllers in the months leading up to his disappearance? Cotton is not the only person with an interest in finding out what May had been doing. Cadiz is a hotbed of rumors and shifting political alliances.