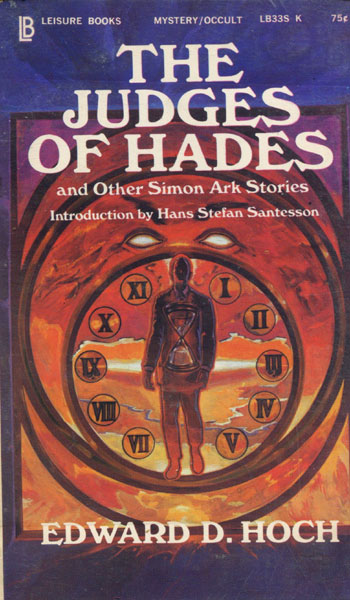 The Judges Of Hades And Other Simon Ark Stories.

First edition. Signed. PBO. Author's second book. Near fine in pictorial wrappers. One of two PBOs issued simultaneously, that collect his Simon Ark stories. 20th Century Crime & Mystery Writers says, "If ever there was a member of an endangered species it's Ed Hoch, the sole surviving professional writer of short mysteries." Simon Ark is man with a strange, unbelievable past .... he is close to two thousand years old! He is a Copt, a native Egyptian claiming descent from the ancient Egyptians. His endless search to destroy evil leads him to ever-changing and bizarre surroundings!

The Unpleasantness At The Bellona Club.
by Dorothy. Sayers

Capture Or Kill
by Tom Marcus