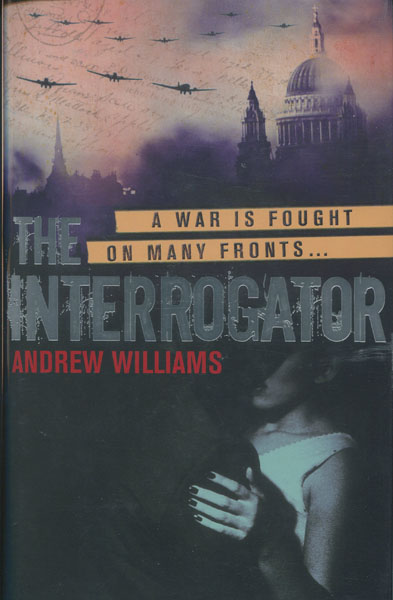 First edition. Signed and dated by the author in the year of publication. Author's first novel. Fine in fine dust jacket. Spring, 1941. The armies of the Reich are masters of Europe. Britain stands alone, dependent on her battered navy for survival, while Hitler's submarines prey on the Atlantic convoys that are the country's only lifeline. Lieutenant Douglas Lindsay is among just a handful of men picked up when his ship is torpedoed. Unable to free himself from the memories of that night at sea, he becomes an interrogator with naval intelligence, questioning captured U-Boat crews. He's convinced the Germans have broken British naval codes, but he's a lone voice and his superiors begin to wonder if he really can be trusted when so much is at stake? As the Blitz reduces Britain's cities to rubble and losses at sea mount, Lindsay becomes increasingly desperate. No one will believe him, not even his lover who works at the very heart of the intelligence establishment. He decides to risk it all in one last throw of the dice, setting a trap for his prize captive and nemesis, U-Boat Commander Jurgen Mohr, the man who sent his ship to its doom.

A Coffin For Dimitrios.
ERIC AMBLER