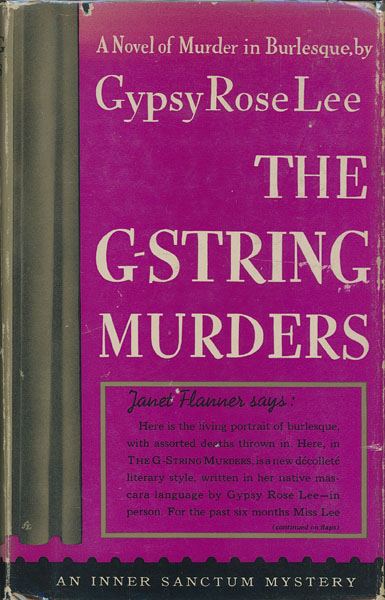 Other works by GYPSY ROSE LEE

First edition. Author's first book. An exceptionally fine, bright copy in a lightly rubbed dust jacket, which has trivial wear to the spine ends and corners. Although often attributed to Craig Rice as a ghost writer, this rumor has been proven incorrect and the author, who inspired the Broadway musical Gypsy, did write the book herself. It is a murder story but often with humorous characters and dialogue. At a burlesque theater, the premier stripper is found covered in red paint—and her blood, precipitating terror backstage and a hunt for the killer. The 1943 United Artists' film Lady Of Burlesque was inspired by this book. The film was directed by William A. Wellman, with Jams Gunn as screenwriter, and starring Barbara Stanwyck, Michael O'Shea, and J. Edward Bromberg.

Scrope; Or, The Lost Library. A Novel Of …
FREDERIC B. PERKINS