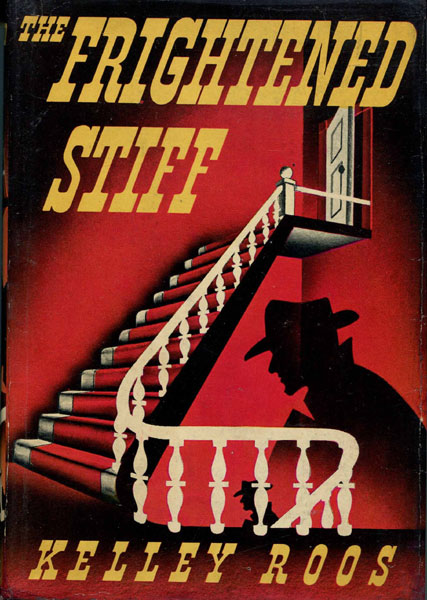 First edition. Former owner's name, date, and stamp on front free fly leaf, covers lightly soiled, else very good in dust jacket with light professional restoration to the spine ends and the extremities. The third mystery to feature Haila and Jeff Troy, and the basis for the 1943 Columbia film, A NIGHT TO REMEMBER. The film was directed by Richard Wallace, and starred Loretta Young and Brian Ahearne as the Troys, with a supporting cast that included Jeff Donnell, William Wright, and Sidney Toler (of Inspector Charlie Chan fame). Jeff and Haila Troy have moved into the basement apartment in New York's Greenwich Village a couple of days ahead of schedule. Charley the janitor had forgotten the change of date and they arrive to find a dirty apartment without a lock on the door. Jeff finds something oddly familiar about the place, which Haila had chosen alone, and is amused to realize it used to be a speakeasy he spent a lot of time in. Trying out one of the neighborhood restaurants on their first evening, they hear someone using the phone to arrange a meeting that night in their new apartment. Thinking the caller must be drunk and has forgotten the speakeasy no longer operates, they try to deter him, without success. The Troys return home to find water emptying out their bath, but no sign of the man. He doesn't turn up until the next day, dead and naked in their garden!

Fell Of Dark.
by Reginald. Hill