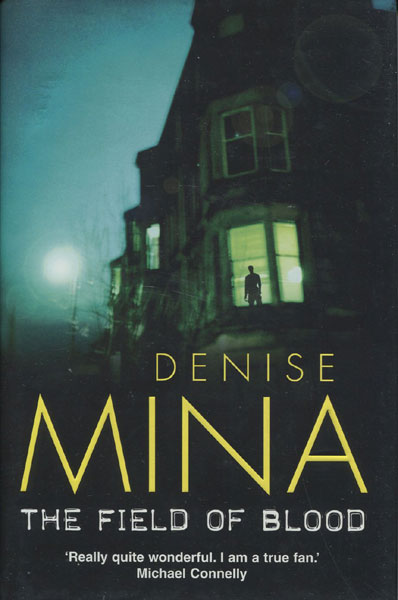 The Field Of Blood.

First edition. 8vo. Fine in fine dust jacket. This is the first in a new crime series featuring Paddy Meehan. In Glasgow, a toddler disappears. While the city braces itself for a lone sexual predator, the police are led to the doors of two eleven-year-old boys. Paddy Meehan - eighteen and just out of school - has started working at the Scottish Daily News. All she dreams about is becoming an investigative reporter. Everyone at the Daily News believes that the boys acted alone, but Paddy feels that there may be more to it than this, and her hunger to uncover the truth sharpens when she discovers that one of the boys is her fiance's cousin.

Dress Her In Indigo.
by John D. Macdonald

Dexter Is Delicious.
by Jeff. Lindsay