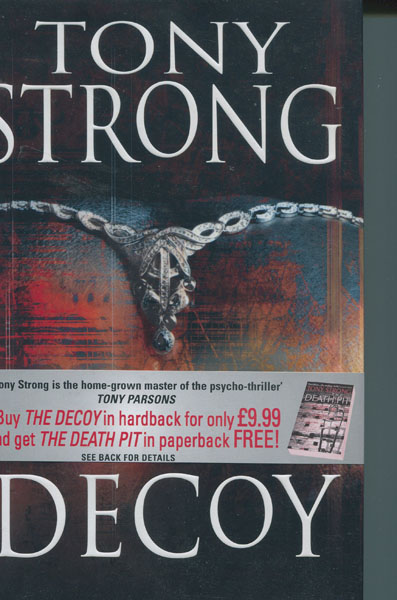 First edition. Signed. Fine in dust jacket with a wrap-around promotional band. Claire Rodenburg, a drama school graduate, finds herself working for a private detective agency as a decoy to trap cheating husbands. So far, only one man has refused the bait ... Christian Vogler. A series of young women have been murdered, their killer apparently inspired by the macabre writings of the nineteenth-century poet Charles Baudelaire. The police have just one suspect ... Christian Vogler. When Vogler's own wife joins the list of murder victims, Claire is approached by the police to be a different kind of decoy. She agrees to help the police gather evidence against Vogler. As the operation slowly ensnares its prey, Claire pursues the shadowy figure of a serial killer across the Internet and through the dark fantasies of the nineteenth-century poet.

Killer Mine
by Mickey. Spillane

Hands Up; Or, Twenty Years Of Detective Life …
by D. J Cook

The Burglar
by Thomas Perry

Kemp: The Road To Crecy.
by Daniel. Hall