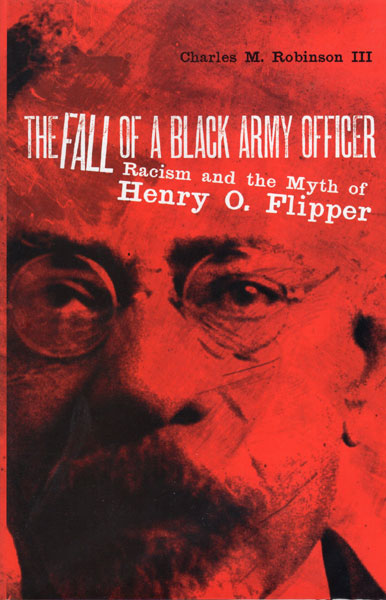 The Fall Of A Black Army Officer. Racism And The Myth Of Henry O. Flipper

First edition. 8vo. Cloth, titles in red on the spine, black front and rear endpapers, preface, acknowledgments, introduction, illustrated from photographs, map, notes, bibliography, index. While serving as commissary officer at Fort Davis, Texas in 1881, Lt. Henry O. Flipper was charged with embezzlement and conduct unbecoming an officer and a gentleman. He was acquitted of the embezzlement charge but convicted him of conduct unbecoming. The case became emblematic of racism in the frontier army and many assumed that he had been railroaded because he was black. This author challenges that assumption and after much research reaches a conclusion about whether race was the deciding factor in his dismissal or was Flipper the author of his own problems. As new, unread copy in dust jacket.