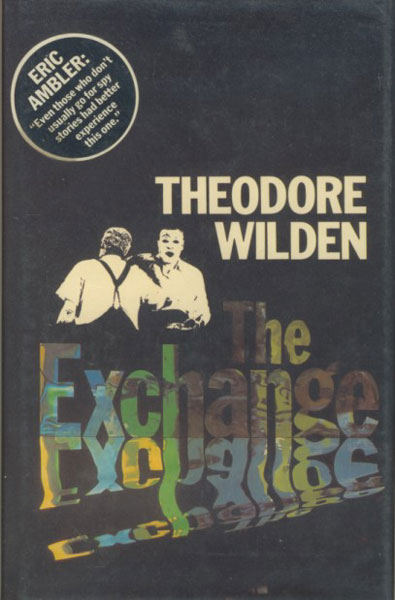 First edition. Precedes the U.S, edition which was issued using the title, EXCHANGE OF CLOWNS. Fine in dust jacket. An agent of the British Intelligence service is sent to West Germany to retrieve a British diplomat who is being held by the West Germans in the belief that he is a Russian spy. Why don't the British pursue their diplomat through normal diplomatic channels, and why are the Germans anxious to exchange him for one of their own agents caught by the East Germans? The task becomes more complex as time passes due to a lack of trust, bluffs are made, threats and violence allow for no margin of error if the exchange is to take place. Dust jacket promotional blurb by Eric Ambler, "Even those who don't usually go for spy stories had better experience this one."

The Bamboo Blonde.
by Dorothy B. Hughes

The Porkchoppers.
by Ross Thomas