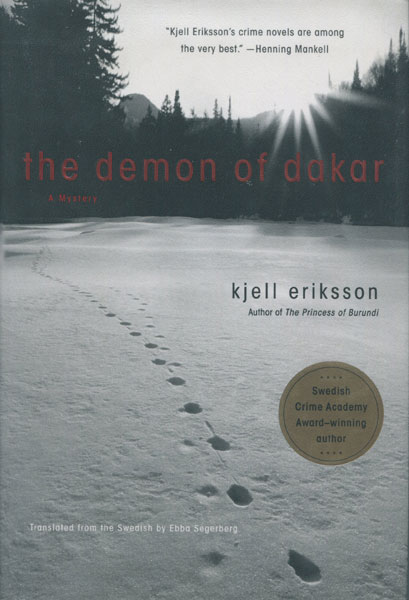 The Demon Of Dakar

First U.S. edition. Translated from the Swedish by Ebba Segerberg. Fine in dust jacket. The third book in the Ann Lindell series. Ann Lindell and her crew of colleagues are faced with a most baffling murder case in which all clues lead straight back to a popular local restaurant named Dakar. The owner, Slobodan Andersson, has some shady connections in his past, and his partner's reputation is equally murky. The kitchen crew is not above suspicion nor is Eva Willman, the older woman returning to the workforce as a waitress. And then the tension rachets up a number of notches as more murders occur. If Ann is to prevent a bloodbath at Restaurant Dakar, she must match wits with a killer whose motives are seemingly completely obscure. But the reader knows the killer well. His crimes are justified from his point of view. Not only that, he's a very likable fellow who is only looking for justice.

The Last Detective.
by Peter. Lovesey

The Kill Call.
by Stephen. Booth