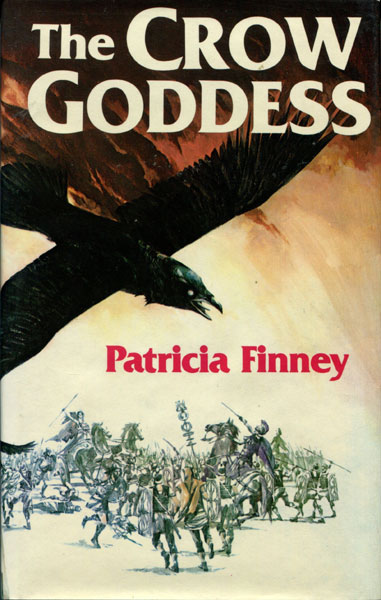 First edition. Author's second book, Fine in dust jacket. An historical novel set in the second century AD. A sequel to A Shadow Of Gulls. Author writes historical mysteries as P. F. Chisholm. Having sworn never to return to Ireland, Lugh has settled in Britain and become blood brother to a Roman legionary officer in the North. Through him, he acquires an even more influential friend ... the Emperor Hadrian himself. Hadrian, for his own ends, is determined to send Lugh back to Ireland, but Lugh is resolved not to go. His love for a beautiful warrior-druidess binds him to Britain, whereas in Ireland broods his enemy Queen Maeve, an aspect of the terrible Crow Goddess of destruction. And the destruction she has vowed to encompass is Lugh's. Torn by conflicting loyalties - to his Roman allies and his own half-Roman heritage, as well as to his old friend and hero Cuchulain - Lugh is drawn into another cycle of battle, love and betrayal. Another great story!

The Silver Pigs.
by Lindsey. Davis

The Nizam's Daughters.
by Allan. Mallinson

Undercover Cat.
by The. Gordons