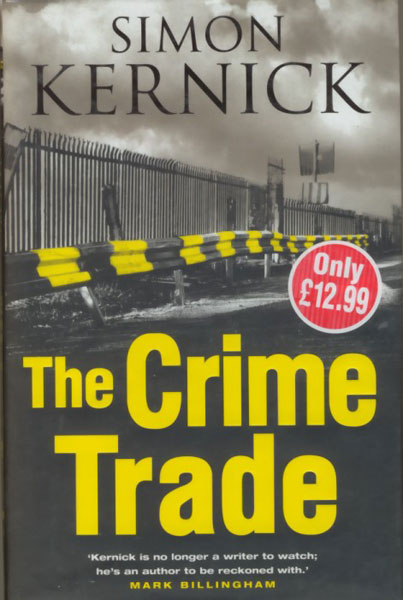 First edition. Signed and Dated by the author. Page edges evenly browned else fine in fine dust jacket. When a police sting designed to catch Colombian drug traffickers in the act of selling a large shipment of cocaine to undercover public officers in a Heathrow hotel goes horribly wrong, suspicion quickly falls on one of the officers involved: `Stegs' Jenner. Stegs is no ordinary undercover cop. He's something of a maverick, with a checkered past and has always lived life on the edge. With his close friend dead in the shoot-out, he decides to go it alone. Enter DI John Gallan and his partner DS Tina Boyd, part of the Serious Crime Squad investigating the murder of ex-gangster turned informer Slim Robbie O'Brien. Slim Robbie has helped Gallan and Boyd set up the operation and is now dead too, shot while events at Heathrow were taking place. Meanwhile Stegs is developing a plan he's been thinking about for a long time....Revenge. As Gallan and Boyd inch ever nearer to the man responsible for the Heathrow shooting, they uncover a murderous conspiracy.

The Great Crown Jewels Robbery Of 1303.
by Paul. Doherty

Tales Out Of School.
by Carolyn. Wheat