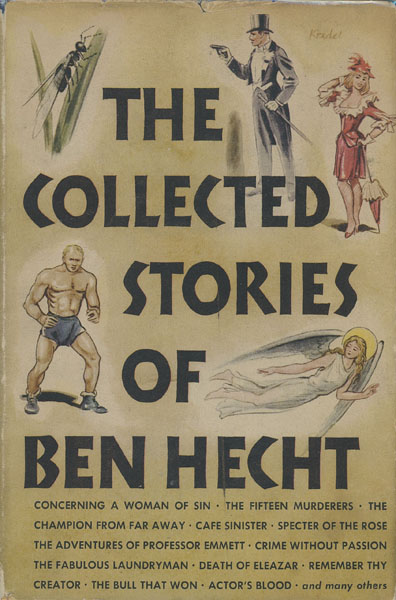 The Collected Stories Of Ben Hecht

Other works by BEN HECHT

First edition. Fine in dust jacket with minor wear to the extremities. This book is not to be confused with the later Crown Publishers collection of Hecht's writings titled "A Treasury of Ben Hecht Collected Stories and Other Writings" published in 1959. Introductory notes are provided by the author. Twenty-two short stories in this volume that also contains the only appearance in print of Hecht's short story Specter Of The Rose which is the basis for the 1946 film noir in an original screenplay and directed by Ben Hecht. Ballet dancer Andre Sanine (Ivan Kirov) may have murdered his first wife. A detective thinks so, and he's not the only one. Andre is charming, if a little peculiar. A young ballerina, marries him and he company takes its new production on tour. But as time passes Andre's control seems to be slipping and old urges begin to return. Twenty-two fine stories from a master story teller.

This Little Gunman Has An Amazing Story For …
DOUBLEDAY CRIME CLUB