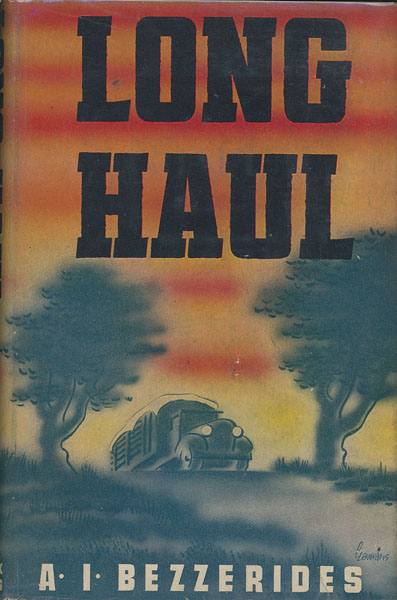 Other works by A. I. BEZZERIDES

First edition. Author's first novel. Fine, bright copy in dust jacket. As a young man, Bezzerides worked as a truck driver, and then studied to become an electrical engineer at the University of California before dropping out to fulfill his ambition to write. This story involves two brothers who run a trucking business in California, and because of intense competition, they struggle to make ends meet. Eventually one of the brothers goes to work for an old friend, who now runs his own trucking business. The old friend's wife is ambitious and wants to rise above the low-class antics of her husband, and she's in love with the newly arrived driver, who in turn wants nothing to do with her. This rejection drives her to commit murder. The movie was filmed by Warner Brothers in 1940 using the title THEY DRIVE BY NIGHT, and starred George Raft, Humphrey Bogart, Ida Lupino, Ann Sheridan, Alan Hale, Gale Page, and others.