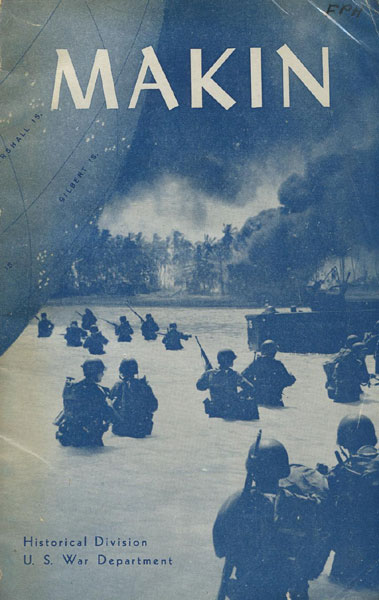 American Forces In Action Series. Wraps, 136pp., intro., maps (incl. 2 folding maps), illus. from photos, index. Foreword by Dwight D. Eisenhower, then Chief of Staff. The first full-scale effort to recover some of the Japanese strongholds in the Central Pacific was the expedition to the Gilbert Islands in November, 1943. The Capture of Makin narrates the Army's part of the campaign, which was a prelude to later advance to the Marshall Islands. The two maps affixed to inside rear cover are in fine condition and titled Attack From the Lagoon, 20 November, 1943, and Main Defensive Area of Butaritari. Former owner's initials on front cover, else good copy in pic. wrappers with moderate wear to the extremities and spine. Scarce.

World War I Sheet Music ... They Were …
Irving Berlin [Words And Music By]

Message From The President Of The United States, …
by Chester A. Arthur