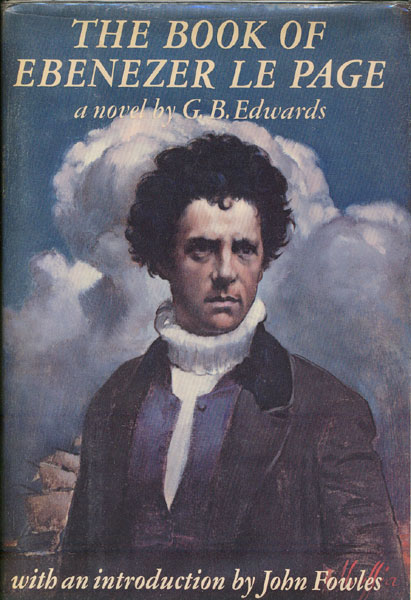 The Book Of Ebenezer Le Page

by G. B Edwards

First American edition. Fine in dust jacket. Introduction by John Fowles. This is the only book written by Edwards. "This is a remarkable creation, a hypnotic story of passionate friendships and sorrows, joys and loves, kinships and animosities, that swells until it has peopled a whole new world. It is a brilliant and intricate novel, undoubtedly a classic of its kind--reminiscent in its fullness, its nobility of character, its grand simplicity, of the pastoral sagas of Thomas Hardy, and of his literary descendant, John Fowles."

Here We Are
by Graham Swift