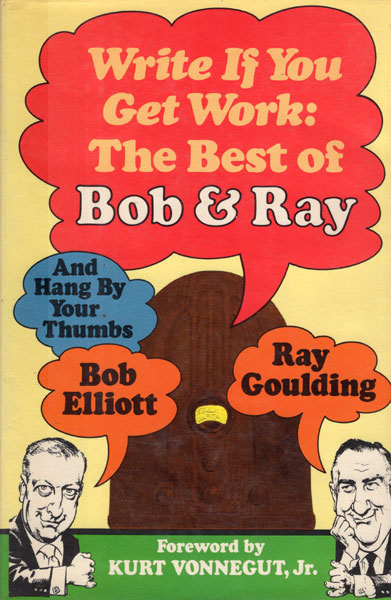 Write If You Get Work. The Best Of Bob & Ray.

First edition. Authors' first book. Foreword by Kurt Vonnegut, Jr. Fine, bright copy in dust jacket. Great humor by the two men, originally presented on radio and later on television. "Bob and Ray were an American comedy duo whose career spanned five decades. Composed of comedians Bob Elliott (1923–2016[1]) and Ray Goulding (1922–1990), the duo's format was typically to satirize the medium in which they were performing, such as conducting radio or television interviews, with off-the-wall dialogue presented in a generally deadpan style as though it were a serious broadcast." ------Wikipedia

Passing Strange. A Story Of Birth And Burial
RICHARD SALE

All In The Day's Riding, "Wound Up"
WILL JAMES