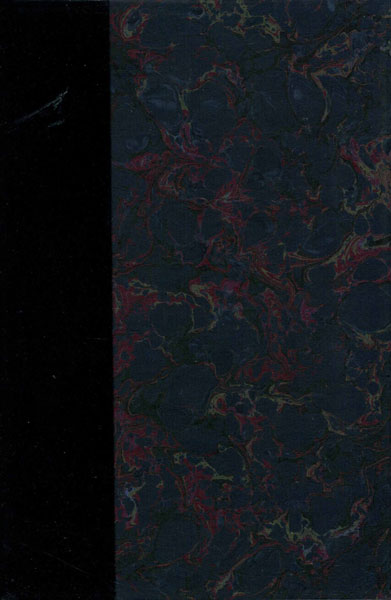 First edition. Limited edition of 100 numbered copies signed by the author. Fine in quarter leather and marbled boards in transparent dust jacket. "The Black-Eyed Blonde, a new novel featuring Philip Marlowe—yes, that Philip Marlowe. Channeling Raymond Chandler, Benjamin Black has brought Marlowe back to life for a new adventure on the mean streets of Bay City, California. It is the early 1950's, Marlowe is as restless and lonely as ever, and business is a little slow. Then a new client is shown in: young, beautiful, and expensively dressed, she wants Marlowe to find her former lover, a man named Nico Peterson. Marlowe sets off on his search, but almost immediately discovers that Peterson’s disappearance is merely the first in a series of bewildering events. Soon he is tangling with one of Bay City’s richest families and developing a singular appreciation for how far they will go to protect their fortune."

The Ghost Manuscript
by Kris Frieswick

The Final Deduction. Original Painting Artwork For The …
by Rex Stout

Nothing To Lose.
by Lee. Child