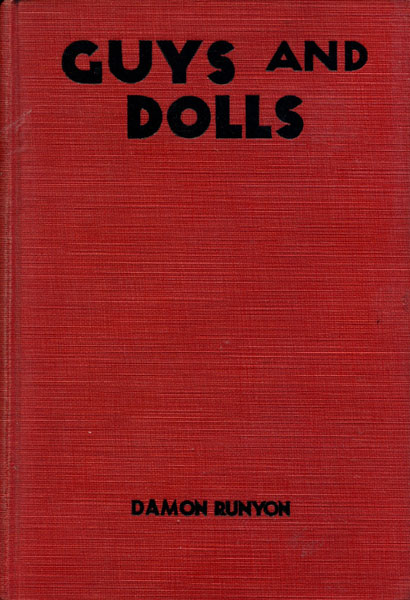 Other works by DAMON RUNYON

First edition. Fine and extremely bright, clean copy lacking the very rare dust jacket. Introduction by Heywood Broun. Damon Runyon (1888-1946) wrote many excellent short stories in which much that went on was on the wrong side of the law. In this book there are thirteen short stories where the characters live in the area of show business, gambling, fashion, etc. and meet in the world of crime and felony. Queen's Quorum 84 says, "...... the reader meets a choice collection of cheap chiselers, chippie chasers, and cheesecake chewers --- or to put it differently, the Runyon guys and dolls are Broadway banditti, metropolitan mobsters, Gotham gunmen, and Times Square thugs. The great modern interpreter of The Main Stem, however, leavened his tales of passion and violence with a unique type of humor which can only be described as New York Runyonese." A Haycraft/Queen Cornerstone mystery title and a Queen's Quorum selection. An exceptional copy of an elusive book.

The Man Who Could Not Shudder.
JOHN DICKSON CARR