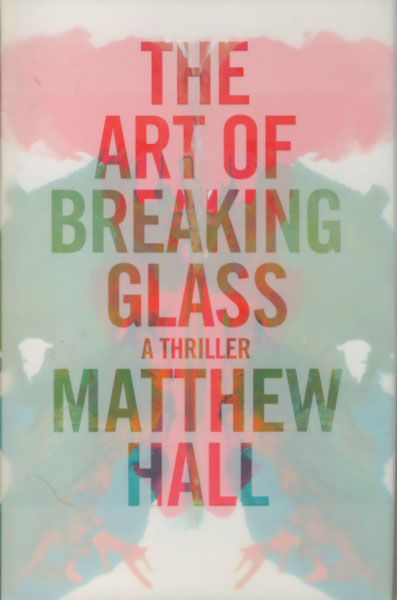 The Art Of Breaking Glass.

First edition. Author's first book. Signed by the author. Very fine, unread copy in dust jacket. Excellent thriller somewhat in the spirit of The Silence of the Lambs. Wealthy entrepreneur Edward Mackinnon wants to purchase a prestigious New York City building and transform it into the first private, for-profit prison. The fact that it will displace hundreds of New York City's lower-middle-class citizens and destroy a community is not his concern. Meet Bill Kaiser, a brilliant psychotic who will stop at nothing in his quest for social justice ... and private revenge. After planting a bomb in one of the developer's apartments, Bill mutilates himself in an attempt to avoid arrest, which lands him in a psychiatric hospital. There he meets Sharon Blauntner, a psychiatric nurse who reveals to Bill her secrets and desire for vengeance. Bill incorporates Sharon into a repertoire of unworthy causes. Is Bill crazy or just a killer? As Bill begins to carry out a mind-boggling revenge scheme, Sharon suddenly finds that she's the only one who can stop him. Recommended.

The Shadow: A Quarter Of Eight & The …
by Walter B. Gibson

Death Of An Old Master.
by David. Dickinson