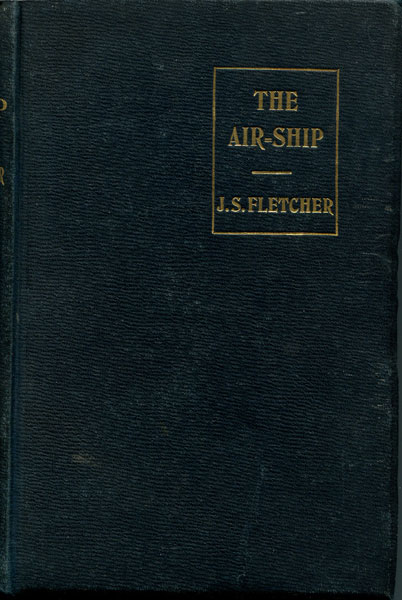 The Air-Ship And Other Stories

First edition. Very good in the original cloth (some tanning to the pages; hinges starting but solid; minor bump/crease to the upper margins of pages 21-46, and the ghost of something having been loosely laid in at the front. Contains eight short stories. From the collection of the late Bob Adey, one of the last significant additions to his collections, and a duplicate from the library of a Fletcher specialist. Adey also wrote the comprehensive bibliography of Locked Room Murders and Other Impossible Crimes that many collectors find so useful today. A prominent English bookseller and historian says, "I remember talking to Bob Adey about it (this book) fifteen or more years ago. It was a book he especially wanted but hadn't been able to find, despite having been a collector since the early 1960s. I had no idea he had finally found a copy and only discovered the fact when his books came on to the market. I was talking at the York fair in September 2015 to the big Fletcher collector over here, and it transpired that this was his duplicate copy. I don't know whether he sold it to Bob or let him have it for a trade (Bob was a big trader). I've never seen another. I think the only other one I know of is in the Queen collection, but, from memory, I think that is an ex-library copy." A rare book housed in an attractive clamshell case with titles stamped in gold gilt on the spine.

The Silver Pigs.
by Lindsey. Davis

Tales Of Natural And Unnatural Catastrophes
by Patricia Highsmith

The Glass Cell.
by Patricia. Highsmith