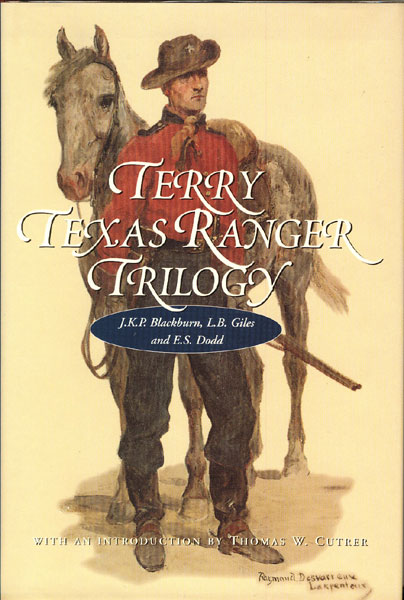 First edition. 8vo. Cloth, xxxii, 241 [2] pp., introduction, frontis., illustrated, index. First-hand experiences of men in the ranks throughout the duration of the war, makes available three of the rarest pieces of Texana concerning the Terry Texas Rangers' role in the Civil War: THE REMINISCENCES OF THE TERRY RANGERS by J.K.P. Blackburn, published in 1919; TERRY'S TEXAS RANGERS by L.B. Giles published in 1911; and THE DIARY OF EPHRAIM SHELBY DODD by Dodd published in 1914. Fine in dust jacket.

The Youngers' Fight For Freedom. A Southern Soldier's …
by W.C. Bronaugh