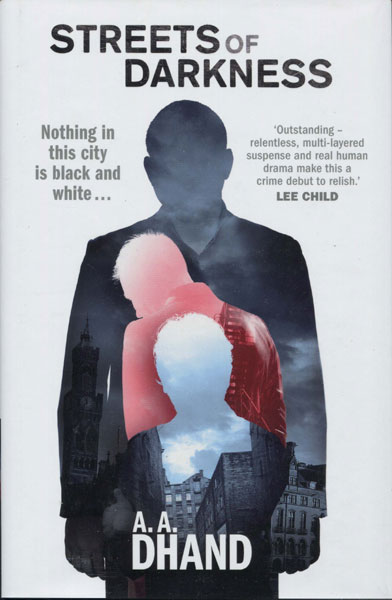 Other works by A.A. DHAND

First edition. Signed by the author. Fine in dust jacket. The sky over Bradford is heavy with foreboding. This morning a body has been found and it’s not just any body. Detective Harry Virdee should be at home with his wife. Impending fatherhood should be all he can think about but he’s been suspended from work just as the biggest case of the year lands on what would have been his desk. He can’t keep himself away. Determined to restore his reputation, Harry is obliged to take to the shadows in search of notorious ex-convict and prime suspect, Lucas Dwight. But as the motivations of the murder threaten to tip an already unstable city into riotous anarchy, Harry finds his preconceptions turned on their head as he discovers what it’s like to be on the other side of the law.

The Mark Of A Murderer.
SUSANNA GREGORY