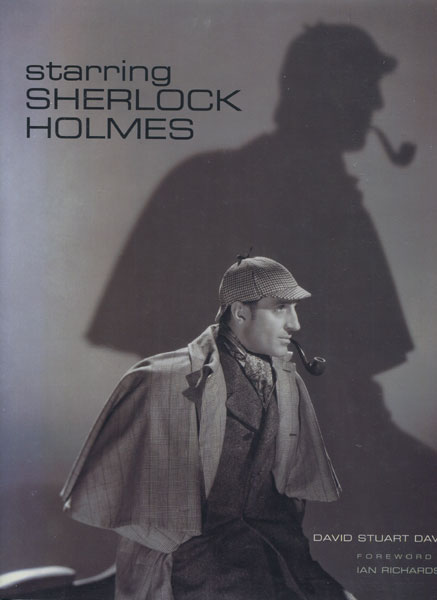 Other works by DAVID STUART DAVIES

First edition. Small folio. Very fine in dust jacket. Foreword by Ian Richardson. The definitive illustrated history of Sherlock Holmes on screen. Every Sherlock Holmes film and television series is covered, including all foreign and lesser-known productions. Starting with the silent era, the book moves through the famous portrayals of Basil Rathbone and Peter Cushing, up to the celebrated television series starring Jeremy Brett and beyond. Extra articles cover Holmes on stage and radio, the Holmes characters' world and Conan Doyle himself, making this book a "must" for any Holmes fan. Illustrated with an amazing collection of over 450 posters, photographs, lobby cards, press books, and other Holmes memorabilia.

The Smell Of Fear.
RAYMOND CHANDLER

The Knife Behind The Curtain. Tales Of Crime …
VALENTINE WILLIAMS