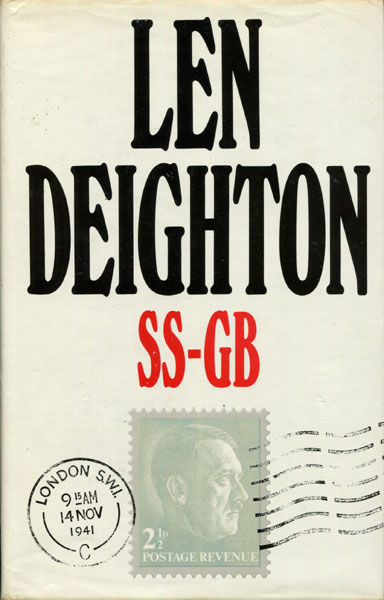 Other works by LEN DEIGHTON

First edition. Fine in dust jacket. A spy story set in 1941, with the Nazis at the high-tide of victory. It's been nine months since the British forces surrendered and the Germans have settled into an ordered routine. A young detective finds more than he bargained for when he finds himself involved in an espionage battle. Loosely laid in is the publisher's original promotional spoof book of stamps, made in facsimile of a genuine 1941 booklet of 18 in three denominations, each featuring the head of Adolf Hitler (as featured on the dust jacket upper panel and front flap corner). Interspersed are advertisements for Deighton's Airshipwreck alongside seemingly contemporary war-time notices. The booklet of stamps are genuinely scarce (apparently Royal Mail had a sense of humor failure resulting in a recall and destruction order).