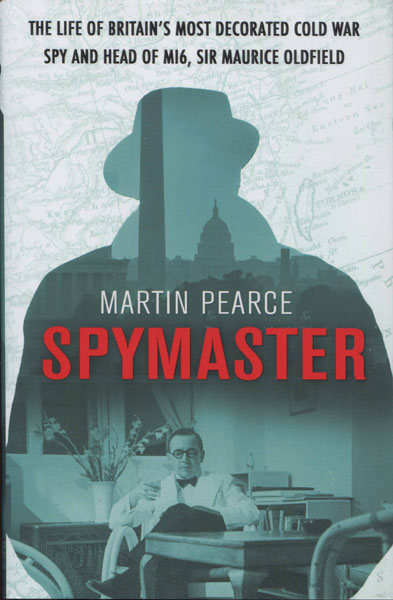 First edition. Signed and dated by the author. Author's first book. Fine in dust jacket. The extraordinary story of the most highly decorated British spymaster of the Cold War, Sir Maurice Oldfield. Chief of the Secret Intelligence Service (commonly known as the SIS or MI6), he was the first Chief to be named and pictured in the press, and often alleged by them to be the model for the screen versions of both Ian Fleming’s M and John le Carré’s George Smiley. This major study of Oldfield’s life portrays one of the UK’s most important and complex spies of the Cold War era. He was the first Chief of MI6 that hadn’t come from an upper-class background or studied at Eton or Oxbridge. Rather, he was a farmer’s son from a provincial grammar school who found himself accidentally plunged into the world of espionage by the outbreak of the Second World War. Oldfield was our man in Washington at the time of the Cuban Missile Crisis and the assassination of JFK, and was largely responsible for keeping Britain out of the Vietnam War. This is the fascinating life story of Maurice Oldfield, written by his nephew Martin Pearce, who remembers asking his uncle what he did for a job. 'Oh it’s quite boring really, dear boy. I’m a kind of security guard at embassies,' was the reply...

A Simple Act Of Violence.
by R.J. Ellory