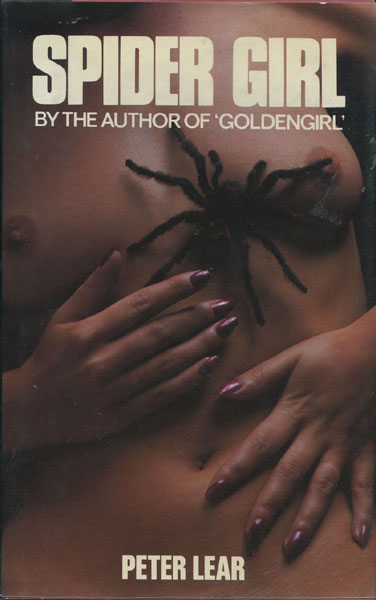 First edition. Fine in dust jacket. Second of three books using the name Peter Lear. Doctor Sarah Jordan works with spiders. When she was young, she hated them, but in adolescence she forced herself to conquer this fear. Now she's been discovered by a documentary television team. They've built a giant nylon web in the studio. When she's on the web, she feels strangely exhilarated .... and thrillingly powerful. A story where courage and perversity, violence and neurosis are spun together in a sinister web.