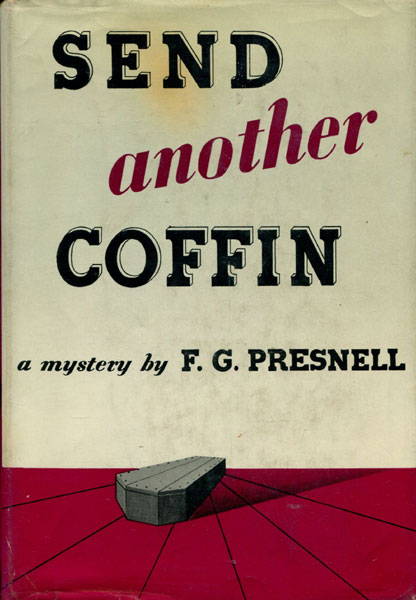 Other works by F.G. PRESNELL

First edition. Author's first mystery. He actually wrote three mystery novels in total. Fine, bright copy in dust jacket lightly soiled on rear panel. Story is set in Ohio and features a politician against whom nothing has been proved, an attorney who is on a private vendetta to bring the politician to justice, and several associates of each that work hard to keep from being murdered. The basis for the 1940 movie, SLIGHTLY HONORABLE, that starred Pat O'Brien, Edward Arnold, Broderick Crawford, Ruth Terry, and Eve Arden with Ken Englund, John Hunter Lay, and Robert Allman as screenwriters, and Tay Garnett as Director.

The Man From Yesterday.
GEORGE MARKSTEIN